5 Reasons For A Leaking Sprinkler Head

Not all irrigation system leaks occur underground along a broken water line. Leaks from the sprinkler heads, or emitters, are also common. Depending on the cause, the head may leak even when the system isn't running or it may just trickle from the base with lower spray pressure when the sprinklers are in operation. Regardless of when it leaks, repairs are necessary to prevent wasted water and to ensure a properly watered lawn.

Inside the sprinkler head is a gasket, or o-ring, that creates a seal so water doesn't leak out where it shouldn't. Over time, the gasket can become worn and brittle, which results in a leak. Gasket replacement or simply putting in new emitters will fix the issue.

Damage to the emitter leads to a leaking trickle with no spray or a weakened spray. Cracks typically occur from mechanical damage, such as running over an emitter with a lawnmower. Cracked emitters can't be repaired, so your sprinkler technician will need to install new sprinkler heads to replace those that have been cracked.

Dirt and debris can get down into the emitter holes of a sprinkler head. Any style of head is susceptible, but clogging is most common on pop-up style sprinkler heads. When clogged, water may just trickle out around the head instead of spraying properly. The trickle may continue for a while after the sprinklers turn off as the backed-up water in the line slowly makes its way out. Cleaning the heads can repair the problem, although they may need to be replaced depending on the severity of the clog.

Breaks in the line where the sprinkler head attaches can lead to water bubbling up around the sprinkler head or in the shallow well that pop-up emitters sink into. When this occurs, the sprinkler usually doesn't pop up completely, if at all, and instead, a pool of water collects around it. Fortunately, line breaks at this connection point are easier to access than those buried in the yard, so repairs can be made quickly. 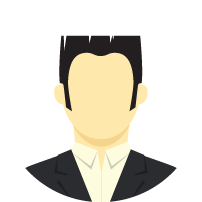